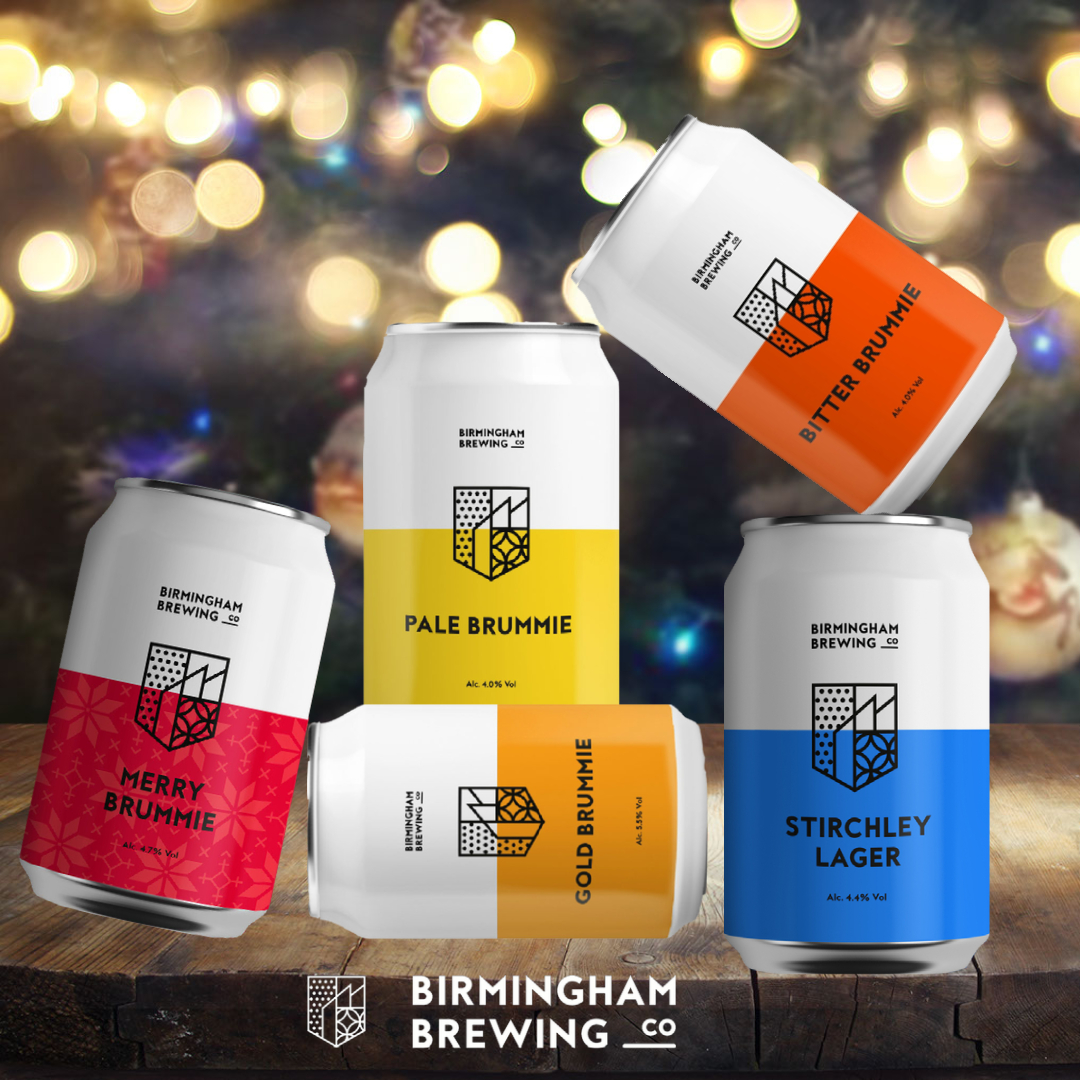 Birmingham Brew is in the house! Bringing with them good tidings and cheer (beer), the Birmingham OG’s will grace us with a line-up of their best.

Andy Milford will talk about beer and discuss the brewing company’s hyper-local history in Stirchley. Birmingham Brew is not only passionate about being Brummies, but are also staunch believers in sustainable brewing practices. Both the taproom and brewery utilize renewable sources such as wind and solar power. To boot, all of Birmingham Brewery’s beers are Vegan and gluten-free.

During the tasting, we will try a core range of BB’s signature beers as well as their special holiday release, Merry Brummie. Milford will discuss the history of Birmingham Brewery and answer questions regarding how beer is made and how to taste beer.