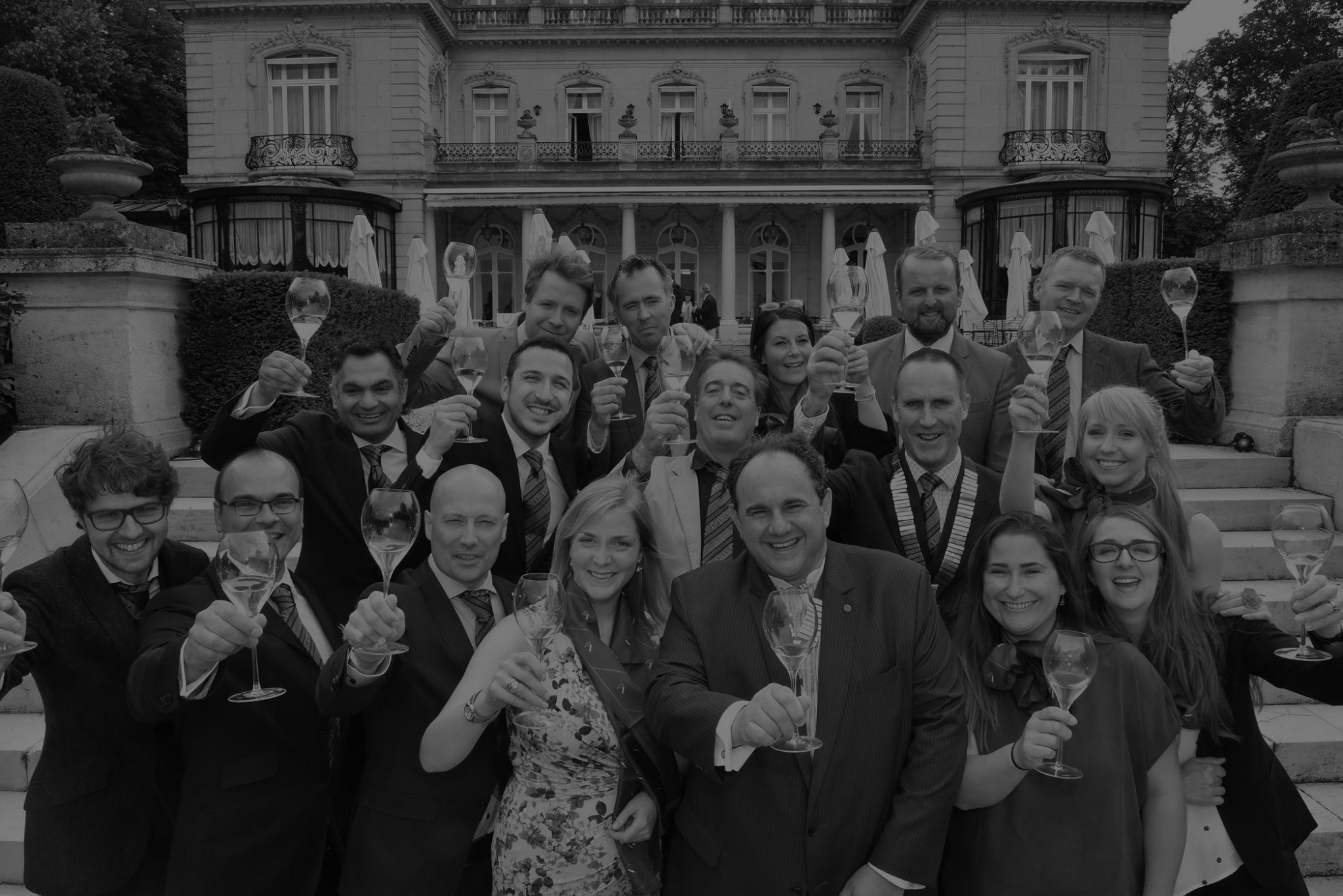 In June 2016, Loki Manager Victoria, was one of 16 candidates to be selected to attend the legendary Champagne Academy Diploma course in Champagne….

I had always wanted to be selected for the diploma, so when the email came through in February 2016, informing me that not only had I been nominated, but I had been selected by the judges to attend the course, I was ecstatic.

Come June 2016, I was on my way to Champagne with 15 other candidates from various sectors within the wine industry. We were met by a representative from the presidential house for 2016, the legendary Pol Roger, at Searcy’s Champagne Bar in St Pancras at 10am on a Sunday morning, where we were indulged in our first glass of Champagne – Pol Roger Brut Reserve – which would turn out to be the first of the 120 different Champagnes we would try in the week to come. We all knew that we had a very busy week ahead of us! So much Champagne, so little time!

It wasn’t all to be drinking and indulgence, though. After all, the whole point of our visit was to gain an unrivalled qualification, which involved daily lectures covering all aspects of the Champagne industry: history of Champagne, vinification, production, sales, marketing, etc. At the start of every day we sat an exam which tested our knowledge on the previous days topics. I must admit, the exams were much harder than any of us had anticipated, and we were all very keen to get that part of the day over and done with as soon as possible!

Thankfully though, after spending the best part of a day travelling on the Eurostar and being bused from Paris to Champagne, we arrived at our hotel in Epernay for a very brief break before being bused off to  Hostellerie La Briqueterie – a fantastic Michellin starred restaurant that boasts great food and, of course, Champagne. There we met top representatives, Chef de Caves, and the family owners of the 16 member houses of the Champagne Academy. It was a fun evening to say the least, and all of us 2016 Champagne Academicians soon realised what great company we were in and what a fun week we had ahead of us.

The rest of the week was spent visiting all 16 member houses, where we were treated to VIP access to the cellars and vineyards etc, and of course, we got to taste through their entire range along with expert guidance, often from the winemakers themselves.

The Champagne house visits were punctuated with decadent lunches and dinners thrown for us by members of the Champagne Academy. We all soon discovered that self restraint and the art of pacing oneself was to be the real challenge of the course; all this beautiful food and Champagne mixed in with hardcore study and examinations…it’s a lot tougher than it sounds, believe me! I can proudly (maybe!) say that I only suffered for my sins on one occasion during the trip, which was after attending a private house party thrown for us at Krug’s Clos De Mesnil mansion, where we were treated to a decadent, mind blowing evening which was reminiscent of a Great Gatsby party; it was simply stunning. We all let our hair down that evening as we sipped the super rare and quite rightly legendary Clos De Mesnil 2002. Suffice to say that we didn’t look super fresh when we turned up to sit our morning examination the next day. However, by the time lunch rolled around we found ourselves at the Louis Roederer mansion for lunch, where we were served Cristal 2002 out of magnum. I can confirm that the colour quickly returned to our cheeks during that lunch!

For a detailed break down of our trip, you can read a fellow Academician’s article written for the Champagne Academy and featured in Glass Of Bubbly magazine:

All in all, we visited the following Champagne Houses:

On our final day, we sat our final exam, which was by far the hardest exam of the week and was followed by a blind tasting of 4 Champagnes. We had 15 minutes allocated for the blind tasting exam. We were expected to identify the style of each, the percentage of Chardonnay/Pinot Noir/Pinot Meunier present, the house, the Champagne, and the vintage. We also had 3 Vin Clairs to blind taste, where we had to identify which grape variety and which house it was from. This was a tricky test! After having tried 120 different Champagnes throughout the week, it was easy to forget which Champagne was which! It was a fun test, though.

Once the exams were out of the way, we made our way, full of relief, to Les Crayères, a luxurious Grand Château awarded with 2 Michelin stars. There, we were presented with our diploma certificates, enjoyed more Champagne tasting (At this point, you can rest assured that #PaceYourself had been very much abandoned!), followed by an incredible lunch. After that, we all let our hair down, put on our well earned Champagne Academy ties and scarves, and posed for our graduation photos.

What a week it had been! I enjoyed every moment of it and made some life long friends, who I look forward to seeing at future Champagne Academy events. I am proud to be able to call myself a ‘Champagne Academy Old Boy’ and to have been a part of the legendary class of 2016!